Winter Retreats, But When Will It Surrender?

OAKVILLE, ON, March 1, 2021 – Spring is in the air across much of Canada. After a winter that was slow to start, and then came on strong for late January and most of February, milder weather has finally returned across much of the country. Many Canadians are now wondering if spring is here to stay.

According to The Weather Network’s Spring Forecast for the months of March, April and May, most Canadians will be treated to an early taste of spring but will have to be patient as we wait for consistent warm weather. 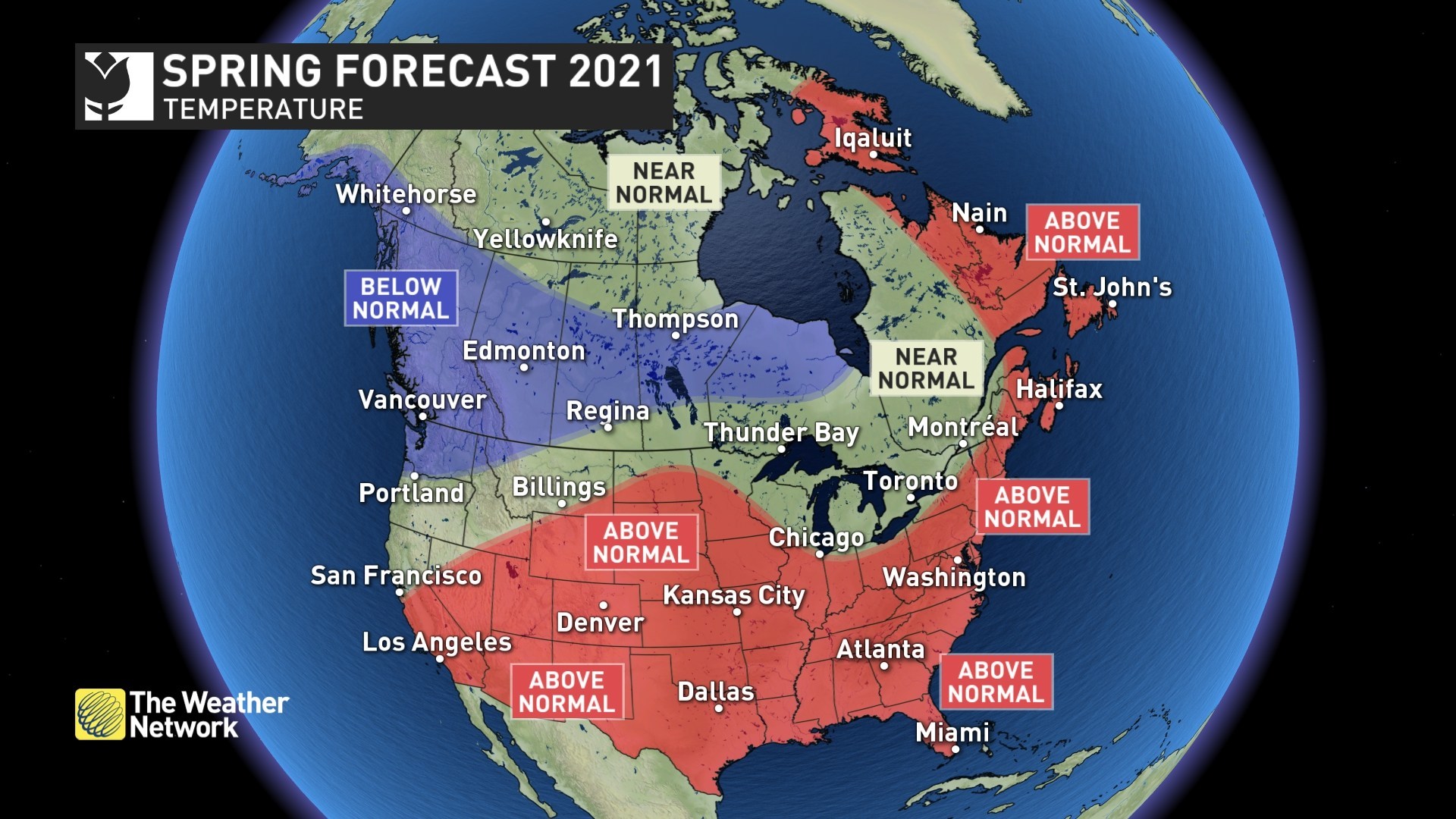 “The deep freeze is behind us, but the threat of wintry weather is not over,” said Chris Scott, Chief Meteorologist with The Weather Network. “A milder March will be a delightful contrast to the frigid February experienced by many Canadians, but spring will sputter at times, especially across western Canada where temperatures are expected to tip to the cool side of normal. Central and Atlantic Canada will see normal and above normal temperatures respectively, but even these regions should still expect some parting shots from winter.”

Below is a more detailed look at the conditions expected across the country this spring:

Ontario & Quebec– A warmer spring is expected compared to recent springs, and March will bring extended tastes of early spring after a very wintry February. However, this region is still at risk for parting shots of winter, and a period of colder weather is expected during mid-spring before more consistent warmth sets in. Above normal rainfall is expected, but we do not expect more than the typical number of rainy days. While localized spring flooding will still occur, the risk for widespread flooding is lower than normal this spring.

British Columbia – A slower than typical start to the season is expected with cooler than seasonal temperatures, especially during the first half of the season. This will allow for outstanding spring skiing with an above normal snowpack already in place. However, this could also bring a heightened risk for spring flooding when warm weather finally arrives.

The Prairies – March will feature dramatically warmer weather compared to February, but spring will struggle at times, especially across western parts of the region. The well below normal snowpack across the region means a greatly reduced risk for spring flooding. We expect that spring will bring typical amounts of rain and snow, helping to alleviate the increasingly dry conditions, but we are concerned that drought conditions south of the border could become more widespread and impact southern parts of the region by the start of the growing season.

Atlantic Canada – Above normal temperatures will continue to dominate for most of spring, but we still have the typical risk for high impact late winter storms. Near normal to above normal precipitation is expected, but we have a lower than typical risk for widespread spring flooding due to the below normal snowpack across the region.

We are dedicated to delivering you the most in-depth forecasts to help you plan your daily activities. Get your daily forecast and be prepared for changeable weather by visiting www.theweathernetwork.com or by downloading The Weather Network App and creating an account for personalized and up-to-the minute forecasts.

A Winter to Remember! A Season of Extremes Across Canada

Alert Ready Test Scheduled for May 5, 2021
Scroll to top